How to overcome the fear of insects: Say goodbye today to your entomophobia!

Millions of people in the world are afraid of insects. The good news is that we tell you the 4 most effective steps to overcome it as soon as possible. 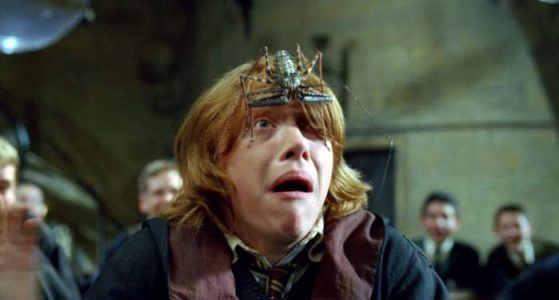 Is having an insect nearby one of the worst scenarios you could witness? Do you feel dislike of insects to the point that fear of their bites influences your daily life? Do you have to deal with them in any situation, but if you think about it, you already feel chills from the panic or disgust they produce?

We can all identify them easily: they usually have two antennas, three pairs of legs and two pairs of wings. Surely you can also list some without any difficulty, since it is the most diverse group of animals on the entire planet Earth.

We find insects everywhere and with different shapes, sizes, danger … that is why for those who suffer from phobia to this type of animals it can be a great inconvenience to have to face an insect regardless of its characteristics.

How to know if you have real phobia of insects?

Cockroaches, beetles, bumblebees, wasps, caterpillars, crickets, dragonflies … It is clear that with such a large number of beings, not everyone can like 100% of people, so you should know that having phobia of insects is not at all something rare or minority and that, on the contrary, It is something more frequent than you can imagine.

In fact, entomophobia (phobia of insects) is considered as the most common animal phobia among the population, so fortunately this has allowed a deeper treatment of the issue that you can now use to your advantage to overcome that rejection that insects produce for you

Fear is not a bad thing, but it is a barrier to defend ourselves from what our brain considers as dangers. However, an excess in our levels of alert against certain events could directly affect our day to day is what turn fear into a phobia.

The normal thing is that the phobia to the insects appears of two ways, being able to present one, another or both in an exaggerated measure:

Some would never wish to have an insect on their skin; others can’t even see them. Disgust is an unpleasant sensation to something we see, smell or touch and for many people coming into contact with an insect is a nightmare they prefer not to imagine.

This is another of the fears that insects generally arouse. Feeling panicked about the damage that an insect can inflict on us is another branch of entomophobia. It is logical, since while some bites go completely unnoticed, there are others that can even cause death.

You can know exactly everything about insect bites to be prevented from any attack at the following link: www.lapicadura.com.

You could say that you suffer from phobia of insects if you fulfill some or all of what I tell you below:

Although the symptoms can vary from one person to another, usually, by means of the above signs we can better understand if it is true entomophobia.

Overcoming the terror caused by insects is possible provided it is a real phobia. Although there is no magic formula, we can find a series of goals that will help us greatly in our mission to be happy once and for all even with insects nearby.

Immerse yourself in the interesting world of insects

Entomology classes, search for data and images on the internet, watch a movie or play a video game where insects take relevance are excellent initiatives to overcome the fear we have for insects. You can watch a documentary or just watch a video on YouTube will help you better understand these little friends so you can see that they are not as terrible as you think.

Get used to its existence

The reality is that they are here to stay. There is nothing you can do, so the best idea I can think of is to learn to live with them in harmony and pacifism. They are our little brothers within the Universe, so whatever damage they can do to you does not in any way fall within a consciousness that manages their actions. Begin to understand that insects have nothing against you, since they don’t even know you exist.

See that it is no longer for so much

It is true that there are insects that can cause death. However, they are only some places in the world where we usually find highly dangerous insects in the streets or houses. Knowing exactly what kind of insect we are facing is crucial to discover whether we are facing an irrational fear or a justified fear. Only by informing yourself about what causes you fear can you overcome it quickly and with less effort. Find information about the insects that you usually find in your day to day to realize as soon as possible that there really is nothing to fear.

Once you have assimilated how your fear works, then you will be closer to overcoming the fear of insects. It all depends on you, it may take 5 minutes or you need a few weeks, but overcoming the phobia of insects is something everyone can do.

The key is in a gradual approach to the focus of your panic, so that in the end you will be able to achieve a happy life without having a bad time every time you see an insect.